Top 5 bizarre interview questions and how to answer them 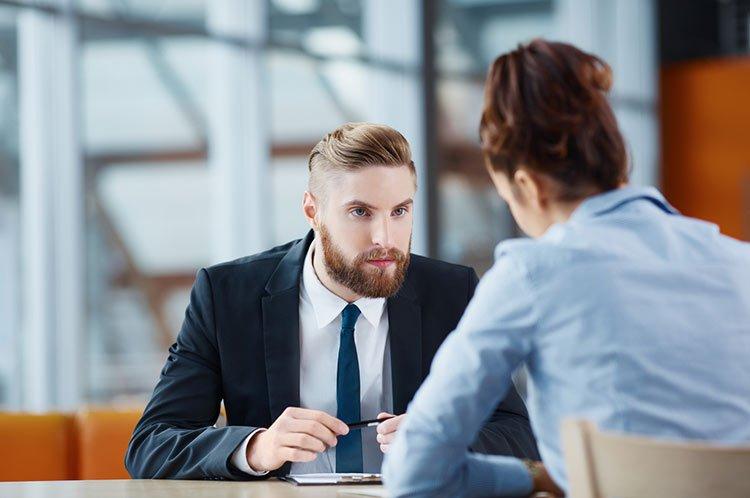 There’s an apocryphal story that has been bandied about for years, about an interview where the interviewer asked a candidate: “Do something to surprise me”. The interviewee got out his lighter and set fire to the interviewer’s newspaper. It’s not an action we would advise emulating, but very definitely comes under the heading of utterly incomprehensible interview questions.

Why do these questions get asked?

"Why do these questions get asked" is a tricky question to answer, but as it appears to have started in Silicon Valley during the tech boom its roots are likely to be found in the free-thinking, mould-breaking philosophy that many of the tech pioneers applied to their businesses.

Ultimately for some interviewer it’s about unearthing someone who offers more than just “can you do the job”. Wall Street soon followed suit and the practice has become more commonplace. The question for most of us is not why are they asked but how do I answer them?

First and foremost you should remember there isn’t a right answer, depending on the nature of the question, which these questions are about your thought processes, your coolness under pressure, your personality and your approach to problem solving. What you don’t do is say, “I don’t know”, or “that’s a good question” and stare off into space. Let’s take the question: “How many cricket bats are there in the world?” You could either pluck an answer out of thin air: “Three million?”, or go about figuring out how to work it out. “Well, if the population of the sporting public in the UK is X, and a tenth of them play cricket, then that’s XX for the UK, plus another X for the cricketing population in India…” etc. This is the sort of approach the employer would be looking for.

1. Lots of these questions fall along the lines of if you were a colour/an animal/a garden gnome/a car/a food/a computer application (yes, really) what one would you be and why? Try to think of the qualities of the object and how they might relate to your skills or character.

2. What are all the different uses you can think of for a lemon? Apparently asked during an interview for an airline pilot, this type of question is designed to find out how much of a creative thinker you are.

3. Who would you invite to a dinner party/what superhero/movie character would you be/who is your role model? In other words, what character traits do you most admire in other people and why? Think about what specific things they have achieved and what it is about those achievements that you admire so much.

4. How many people will be on Facebook in New York on a Friday afternoon? There are a raft of questions that are much more technical in nature and much more aligned to the role you are seeking. This question was aimed at a marketing executive, and was probing how well they understand the use of social media around the world.

5. Tell me a story. This is a firm favourite, and represents a golden opportunity for you to tell a work-related anecdote that is also relevant to the role in question and also illustrates how you see other people and the world around you.

This is the key to a good interview. However, these questions are not something that you can easily prepare for. If your job is a technical one, brush up on your technical knowledge. If it’s a creative role, keep a clear head and try to analyse how you would approach some of these types of questions. Above all, expect the unexpected!